No One Is Perfect

You make a really bad mistake so your friend says to you, "it's okay no one is perfect." You cheat on your spouse and when they confront you for your indiscretion, you say "no one is perfect." I guess it is true no one is perfect. Based on many beliefs throughout the world there is only one who is perfect, God, the Creator.  So if there can be no perfection in people, why don't we just accept it? Why try to be as good and perfect as we can be? We are destined or doomed to fail, right? Still we try and do the best we can in most cases. We try to be "our Brother's keeper, the good neighbour," despite our shortcomings.

Trouble is the "I'm not perfect" answer is more of an excuse rather than truth; the ultimate Get Out of Jail Free card. There is no doubt we make mistakes and will continue to make mistakes or perhaps it is not a mistake. There are some decisions and actions we do knowing full well the impact it has and will have. There are some mistakes we make with no thought of how it affects others or how it will affect us as well.

The Prime Minister of Canada has been found to be a fan of Black Face (and Brown Face). In his youth, he dressed up with full Black Face, and also as an ethnic character. The act is a very disrespectful act, no question. The discussion now focuses on the mistake; is it long time ago and didn't know better, or is still relevant to today? Many voices are saying it was long ago and we all make mistakes and now we know better. The Prime Minister gave an apology and many have accepted his apology. I think an apology is a good place for a start in any situation. Still there are those who feel hurt and even betrayed by the actions.

There are some "mistakes" that may not seem big but still the consequences are felt somewhere and by someone: The Priest who betrays the trust of the community, the Traditional Elder who falls short on living with The Teachings, the Teacher who hits the child, the Organizer who steals funds, the friend who no longer keeps your secret. The aftermath of a mistake can be an irritant or it can be agonizing.

There is the thing, when do we accept if it was mistake and enough time has past that we can move forward (what ever moving forward means)?  There are some actions which may seem unforgivable;  a 16 year old boy killed himself over the bullying actions of his school friends.  Some mistakes have horrible consequences while some mistakes may not be as tragic. In England there was a mistake so ugly and horrible it shocked the world. In 1993 two young boys murdered a small child in a horrific manner. It was the case of 10 year olds who took a 2 year old and tortured him to death.  The story is beyond tragic and the aftermath unimaginable.  The 10 year old boys were sentenced and served 8 years where they were released with new identities after serving the time.  There are many instances where the actions can not be labeled as mistakes.

Not being perfect is a truth we live with, but it is not an open door to being a jerk, an arsehole or a monster. Much of the mistakes we encounter are the small kind. Not the horrors we read about or see on the television. Nope, it's your friend who takes your kindness for granted. The person who says I'll meet up with you but stands you up. It's forgetting your spouse's birthday and not feeling bad over it. It is spanking your child in a fit of frustration but yet have no words of apology for the spanking. It the friend who doesn't have the courtesy to answer your texts to visit and has no care of how it makes you feel.  It is the daily little hurts we inflict on others.

So yes, we all make mistakes and no one is perfect. Still we can never use it as an excuse to abandon thoughtfulness.  There is a price to pay for what we do wrong. We may lose a friend for our lack of kindness and thoughtfulness. So what do we do to accept we are not perfect but not an arsehole? We can try and live the next day better than when we made the mistake. If we kill someone, (maybe by accident) we live a better life making sure to atone. If we still act the same way and live the same way after we have made a mistake or made a choice which done harm, then we truly are the Arsehole.  I like to think we are better than that, we are capable of being mindful and thoughtfulness.

There is a road, no simple highway
Between the dawn and the dark of night
And if you go no one may follow
That path is for your steps alone

Child & Family Did Me Alright

Child & Family Services(CFS) in Manitoba and Canada in general does not have a good reputation. Without diving head first into the a ro... 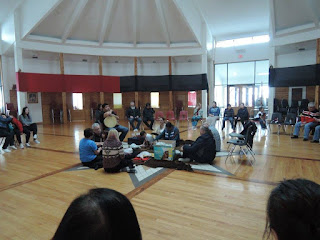 Ojibwe Confessions
We are Anishinaabe from Sagkeeng Reserve in Manitoba Canada. We are on the banks of the Winnipeg River leading to the Lake Winnipeg. Our life is full of children, relatives and friends. We have met hardship like many out there. We try to be kind but like many we stumble. It is our wish to make it interesting for you to visit here. G'Waabaamin Minaawaa rightojibwe@yahoo.ca 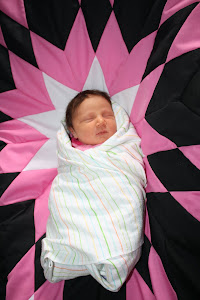 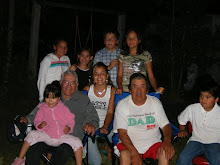 happiness is getting kisses from baby 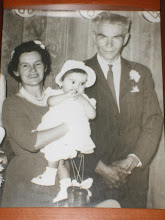 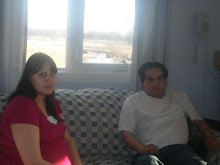 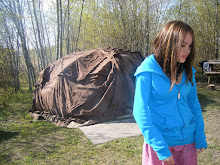 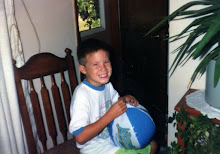 Enjoy Fire even in the City 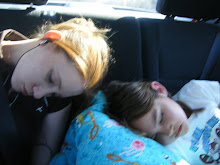 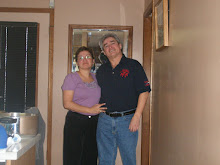